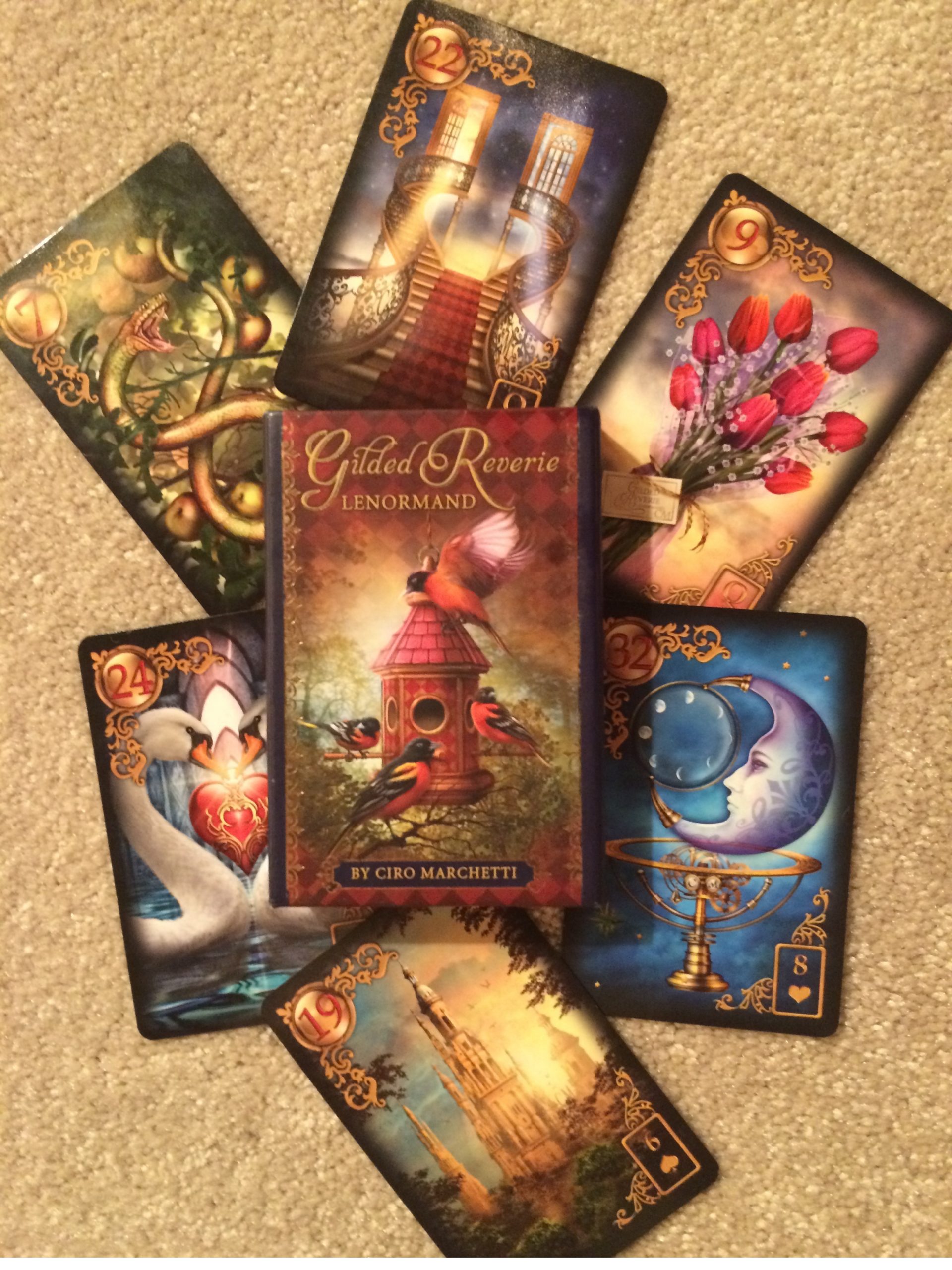 On occasion I check my intuition with my Lenormand deck. Last night the deck spoke to me. I asked one question but it responded and gave me an answer to something I did not even query, and yet it was information I needed to receive.

As I was shuffling the deck the snake kept popping out. It fell out; it turned over and became the first card I drew. This is the card that reflects treachery which did not make sense for the question I posed. I was merely asking about having fun dancing that evening. It was so strange that I decided to pull three cards. Then it all made sense.

I drew the moon (intuition), the house (?), and naturally, the snake (deceit) appeared. Because the house emerged in the cards, what the deck was telling me is something about my house. I was to meet a person at my house the next morning, and the deck was saying he was not to be trusted. This was amazing because I did not even have that question in my mind, but it was information that was important, so it was revealed to me.

My reason for sharing this incident is to remind you to pay attention to the messages that are laid at your feet. They are there almost every day. Stop, look and listen!

If you are interested in learning how the Lenormand cards can increase your intuition, contact me and I will set up another class.